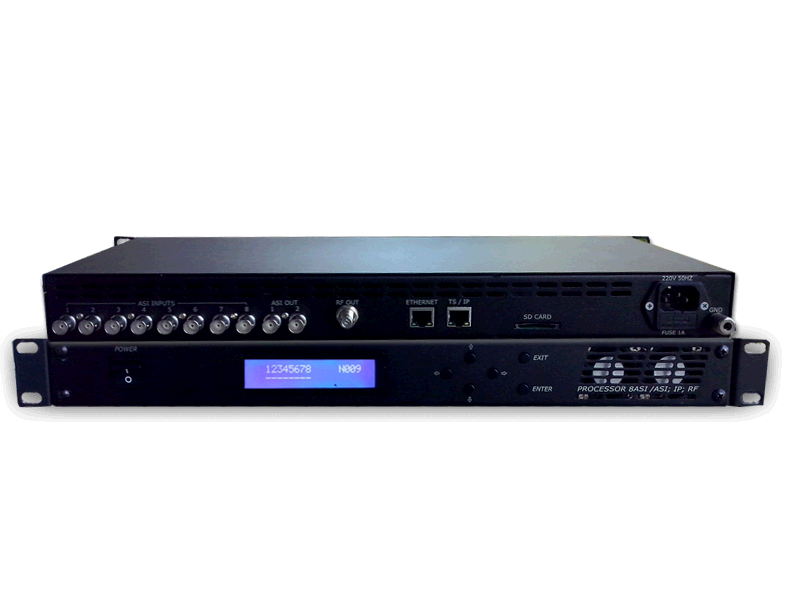 ·  The processor remultiplexes up to 8 input Transport Streams(TS) and forms a group      spectrum of up to 2 TS in the DVB-T format transmitted at two different frequencies.

· IP output can be used to transport one of the packages via IP network or monitor one of the   packages chosen from output or input stream at your PC.

Оne Processor allows you to organize DVB-T broadcasting of 10-15 programs , as well as a system for monitoring of channels on your PC. The Processor can replace the two remultiplexers, two scramblers, two DVB-T Modulators and two UP-converters.